been putting together pictures for the website, which I am determined to keep more 'alive' these days, and thought that they'd look good here too: 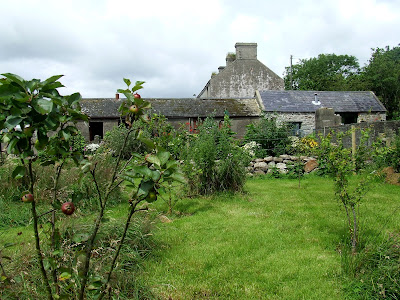 the turnip house and outbuildings, taken from the fruit garden - now more or less clear of nettles 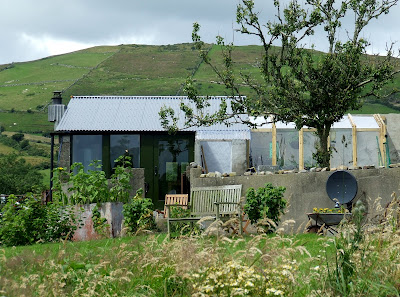 a long shot across the picnic lawn to the south west end of the gallery - with terrace seating, the greenhouse an ancient wheelbarrow full of sunflowers - and our satellite dish! 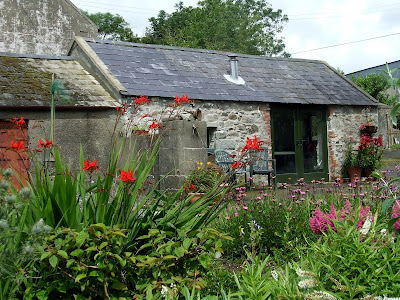 the turnip house from the flowerbed, lovely colours really set this off 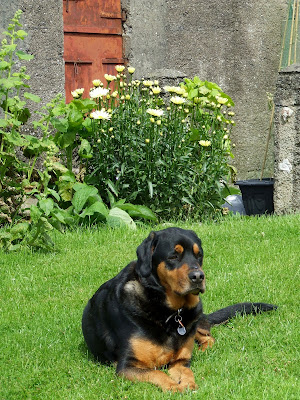 Charlie on the lawn 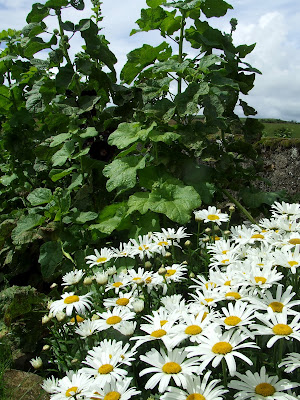 It's raining cats and dogs, the sun is shining, and we're having a barbecue... It's OK though, there is also a rainbow!


The scene tonight about an hour ago: after a great day in the gallery; new and old friends in happy conversation, we decided that rain or not, we would have barbecued lamb koftahs, salad and pitta bread, WHATEVER the weather.


these are the resultant images!

It's our 3st Wedding Anniversary today, and as ever, we count our lucky stars!


We celebrated last night, in Newcastle having a great Indian meal with Helen (it was her birthday, so much cheer).


Today, at home, we continued the festivities by:


1. Having bacon butties and fried potato bread for brunch - yum!


3. Digging up an enormous stone that had grown overnight in the vegetable plot:


4. Laying another ton of stones and 7 more paving slabs to complete the wheelchair- friendly entrance to the gallery:
Here's more pictures taken this evening - it has been a great day


Just a regular day at the Turnip house really!
Posted by Clonachullion at 9:24 pm 1 comment: Links to this post

Our new website is up, please take a look:

As ever, it's a work in progress, so all comments welcome!


'via Blog this'
Posted by Clonachullion at 1:36 am No comments: Links to this post

Whilst building walls (yes, yet more) we were looking for gate brackets to hold the little iron gates beside the composting toilet. We're moving them so that visitors don't have to open and close gates to get to the toilet, and so that there is a clearer delineation of public and private space in that area.


So, we needed two heavy duty pieces of metal with holes in them to hold the gates, and found this in the salvage yard: Not sure what function it had, or where it was found, but it looked a likely candidate. 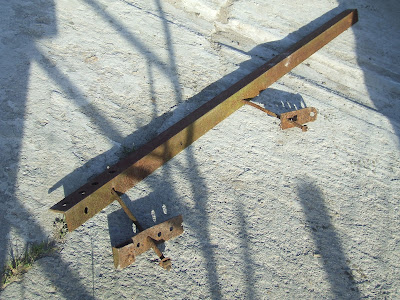 On closer inspection, the two bars hanging down looked familiar: 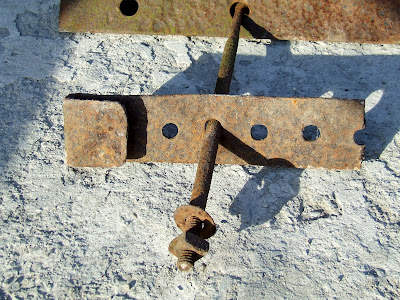 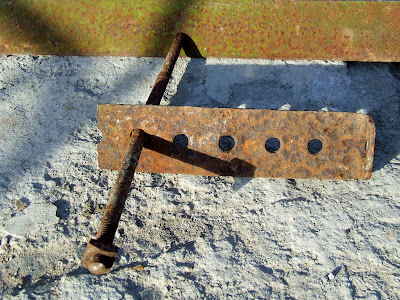 They were two pieces of the same item - a 'crane' from traditional fireplace: 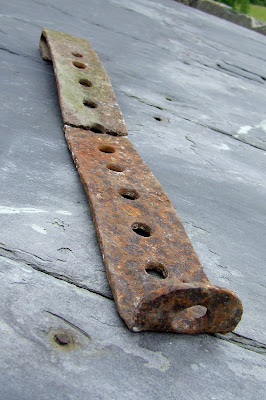 Here are a couple in situ, in our old fireplace at Trassey:

It's possible that this piece of ironwork came from another place, but more likely that this is part of an original fireplace on the site.


Could it be possible that underneath the closed in fire in the kitchen: 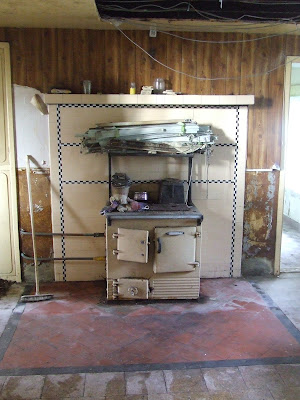 there is a fireplace like this? Time will tell! 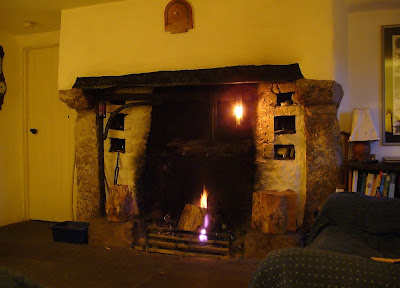 Posted by Clonachullion at 5:51 pm 3 comments: Links to this post

Weeding On the 12th

It's a bank holiday here today - and the sun is shining! What better way to enjoy the sun that doing some weeding.


Time in the garden is a delight at the moment, both because there's been so little chance of it due to the rain, and as the plants are looking great


The old water tank was a foot high in weeds when we got back from Scotland, and we've only just managed to rescue the sunflowers. Still, it's most satisfying to look at now.

Posted by Clonachullion at 3:53 pm No comments: Links to this post

After area wide poor weather this last few weeks, we had a glimpse of Summer today - amongst the thunder and downpours, there were rays of sunshine!


This evening, a welcome stroll around the garden brought some spectacular views of the still stormy clouds:


Posted by Clonachullion at 9:56 pm No comments: Links to this post


What’s a Raspberry Pi? go to raspberrypi.org The Raspberry Pi is a credit-card sized computer that plugs into your TV and a keyboard. It’s a capable little PC which can be used for many of the things that your desktop PC does, like spreadsheets, word-processing and games. It also plays high-definition video. We want to see it being used by kids all over the world to learn programming.
The idea behind a tiny and cheap computer for kids came in 2006, when Eben Upton and his colleagues at the University of Cambridge’s Computer Laboratory, including Rob Mullins, Jack Lang and Alan Mycroft, became concerned about the year-on-year decline in the numbers and skills levels of the A Level students applying to read Computer Science in each academic year. From a situation in the 1990s where most of the kids applying were coming to interview as experienced hobbyist programmers, the landscape in the 2000s was very different; a typical applicant might only have done a little web design.
Something had changed the way kids were interacting with computers. A number of problems were identified: the colonisation of the ICT curriculum with lessons on using Word and Excel, or writing webpages; the end of the dot-com boom; and the rise of the home PC and games console to replace the Amigas, BBC Micros, Spectrum ZX and Commodore 64 machines that people of an earlier generation learned to program on.

This little thing, the size of a credit card, costs under £50 produces full HD output, and is a powerful as an Intel dual core computer.
After the launch, hundreds of thousands were ordered, and after a couple of months wait; mine is here.
Here's the first steps:


This is mental training, a chance to learn computing, logic, robotics, hardware and software, all as part of the wider Linux and raspberry pi community.


A way to ward off mental senility, and have a bit of fun!


Check out the community site for some real positive thinking!

Posted by Clonachullion at 11:57 pm 2 comments: Links to this post